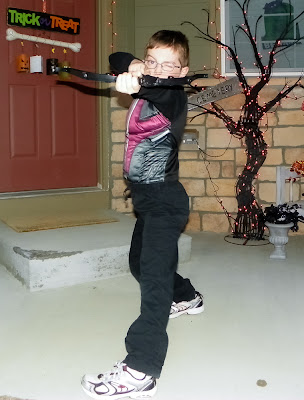 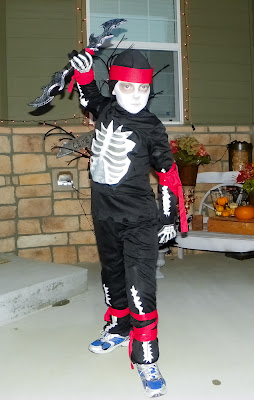 Hope you have a great night of trick-or-treating and stuffing yourself with candy...

Posted by Lissa at 5:16 PM No comments: Links to this post

It's already mid-October, and it's taken me this long to round-up last month. We're all settled in Colorado in our new house - mostly unpacked - loving the mountains and the new elementary school here.

September started out with us scheduling our move to Colorado. We had sold our house and put an offer on our new house at the end of the previous month, so all we had left to do was to prepare for the closing at the end of September. Byron spent most of the month working in Denver at his new job.

I took the boys to the Lincoln Children's Museum one last time. We really enjoyed the museum while we lived in Lincoln. If you ever get a chance to visit it, you should definitely do so... 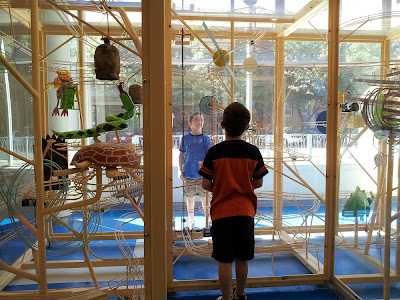 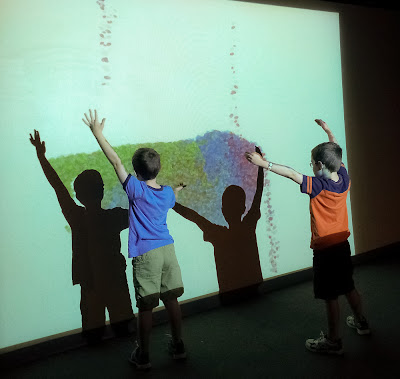 The boys are really into Pokemon cards now. I find it fascinating how they can memorize the crazy names and stats from the cards. When they talk about their cards, it's like they're speaking a foreign language. They spent one day in September organizing their cards into sleeves and binders. It was a very serious business. 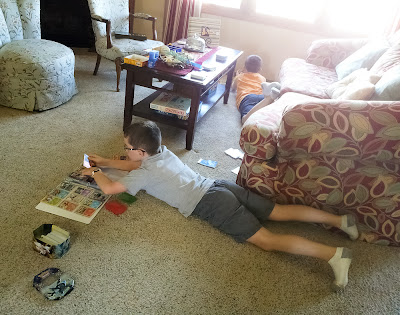 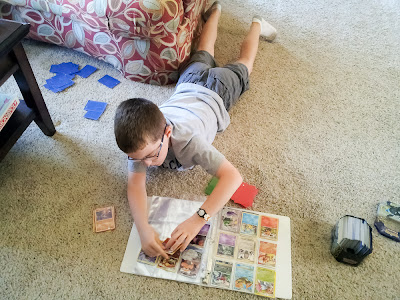 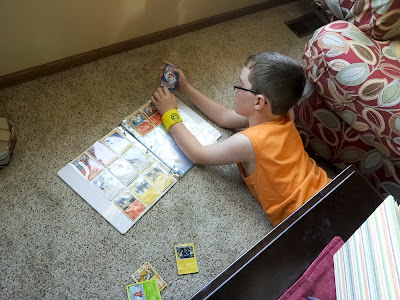 We really enjoyed our time at Zeman Elementary. The boys are really going to miss their friends there. 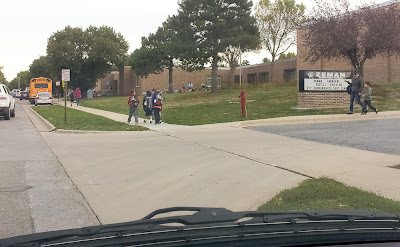 Luckily, we were able to attend the Fall Carnival before the boys' last day of school. 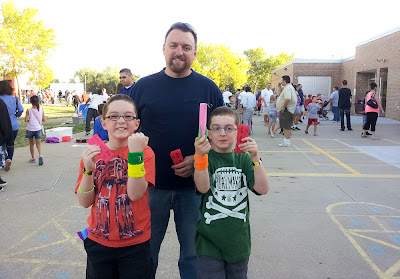 We finished up Blazers soccer in September as well. The team had 2 more games after we left, and I hope they did well. I was amazed at how much the boys had improved from the spring soccer season - they really did so much better at going after the ball. 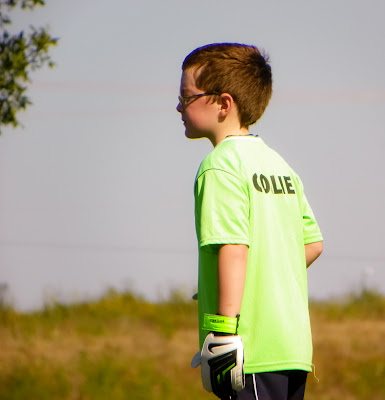 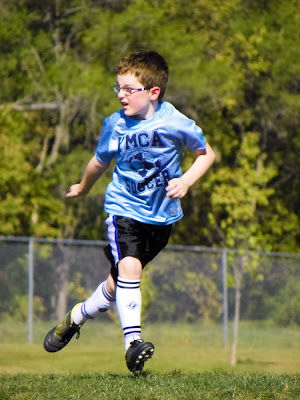 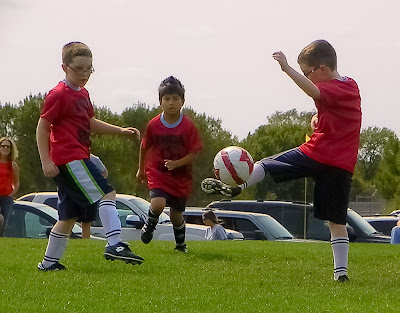 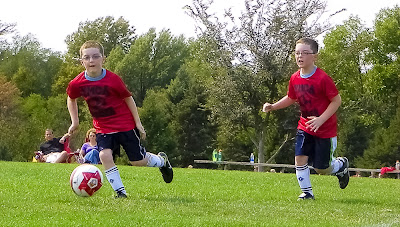 Before we knew it, Sept. 25 was here - and the packing crew arrived to box up everything in our house. We spent our last 2 nights in Lincoln in a hotel. 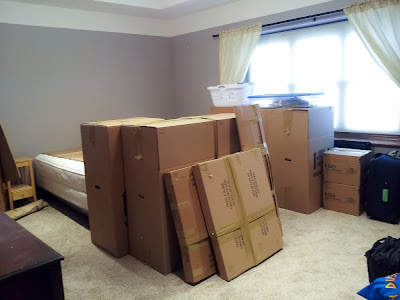 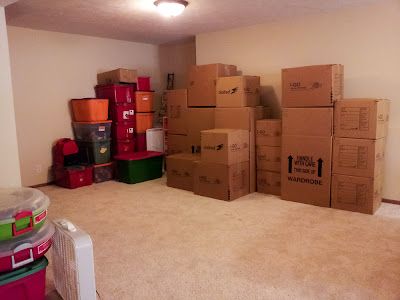 And after 2 days of packing, the truck arrived to load us up.

This day was the boys' last day of school at Zeman too. They spent their after-school time at Michael's house, playing there one last time. We will miss our Lincoln friends! Then, we had a long drive to Castle Rock that evening - 8 hours in a very fully packed van. With a dog. 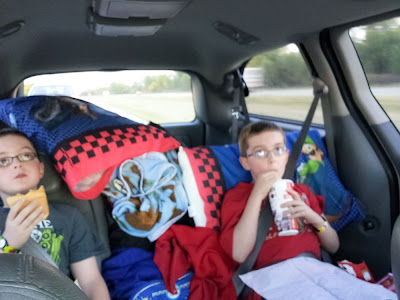 Actually, the trip was totally fine. We stopped when we needed to and the boys watched movies until they fell asleep (we're great parents). Byron drove the entire way, because he's a man and doesn't ever want help while driving. Or something. We arrived at the hotel in Castle Rock by midnight mountain time. Gaining back that hour was a big help, because we had a big day the next day.

We started out that Friday by meeting our realtor, Scott, at our new house. This was the first time the boys saw the house. They loved it, and they were so sweet about it. They kept talking about how amazed they were by - yet still so grateful for everything. (Oh, how I love these boys.) They loved their new bedroom and that they had their own bathroom attached to their room.

Then we took them to their new school to start their first day. Yep, no breaks in between for them. I had talked to the office people at the new school over the phone and seen the building but none of us had been inside for a visit. The school is only in its 3rd year, and it's amazing. Everyone we met there was so super friendly and nice - and the boys were welcomed so warmly into their new classrooms. We are so lucky to have such an amazing school. It has definitely made the move to Colorado so much easier. Moving the boys to a new school was absolutely the biggest reason I didn't want to move in the first place - from Kansas City or from Lincoln. But the boys have handled these moves with such maturity and understanding. Still, I hope that we don't have to move them again. (Actually, I've told Byron if he gets another promotion, he'll have to move by himself.)

After leaving the boys in good hands at their new school, Byron and I went to close on the new house. We had the best realtor we could possibly have had - he made the entire process so smooth and wonderful. Afterward, Byron and I took Daisy to be boarded for the weekend (until we could move into our new house) and then celebrated the nearly-the-end-of-our-move with lunch at P.F. Chang's, one of the restaurants I have missed so much from Kansas City. As we drove around south Denver, we realized how fun it was going to be to be back in a big city.

The one downside to our move - the truck wasn't going to be able to deliver us into our new house until Monday. That meant a weekend in a hotel. So, we had a forced mini-vacation. We made the best of it and ended up having a great time.

We found a pumpkin patch in Parker... 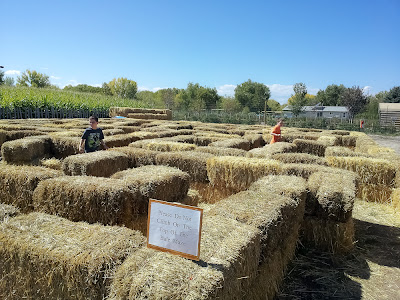 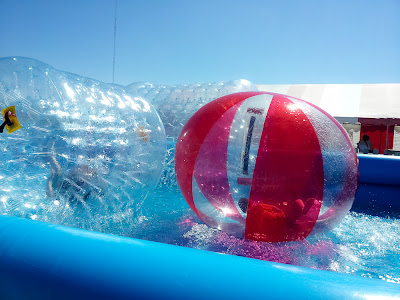 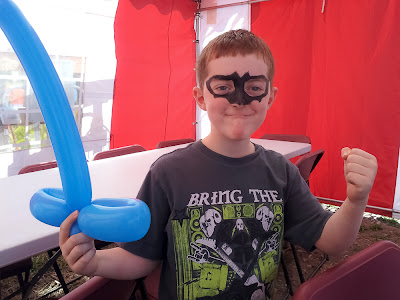 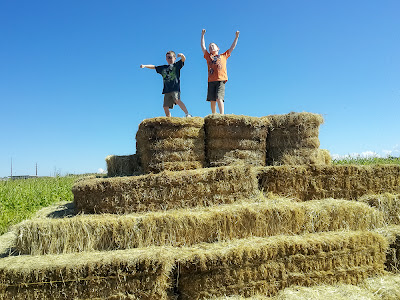 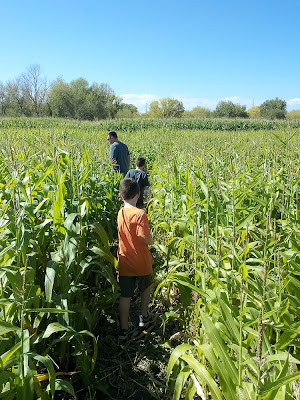 We ate out at all of our favorite restaurants - we saw Hotel Transylvania (such a cute movie!) - and we found an awesome indoor trampoline play place called JumpStreet. It had huge trampolines and trampoline dodgeball (the boys' favorite) and more fun stuff to play on. We'll definitely be going back. 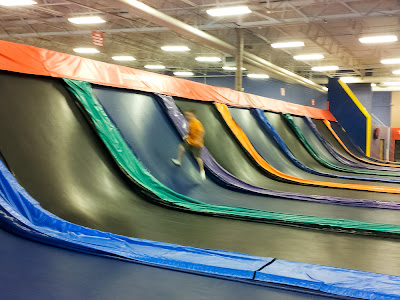 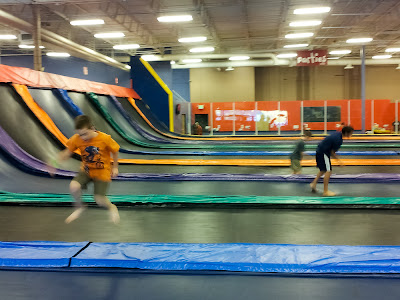 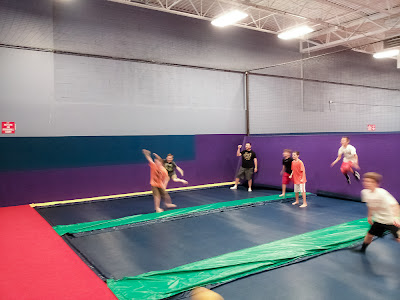 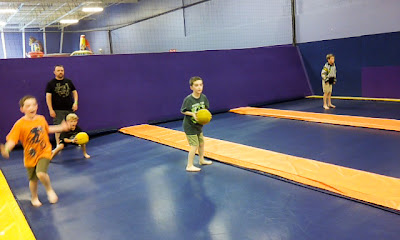 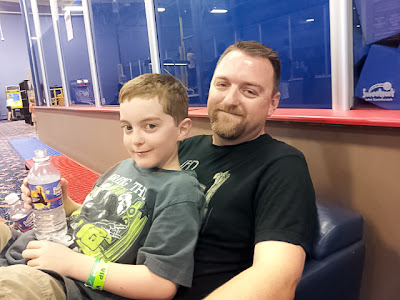 Byron decided it was time for the boys to learn to play Risk. It went surprisingly well, considering my boys don't like to lose (and Byron never lets them win). Eventually the game was over simply because everyone was tired of playing. That game does take forever... 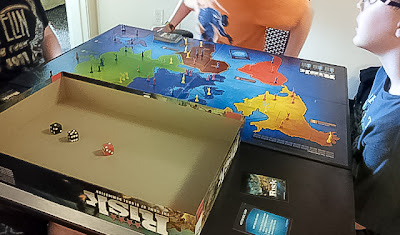 By Sunday night, we were tired of hotel living and ready to be in our own home. The next day came delivery at our new house...

That's it for September. I'm so grateful that our move went so smoothly this time around. We are happily getting settled in our home and learning more about Colorado. It's beautiful here. More adventures to come soon...
Posted by Lissa at 9:58 AM No comments: Links to this post