January 2013 has already come and gone - I can hardly believe how fast time seems to go by these days. We had a great month. We started out the new year with Aunt Katie coming to our house for a visit. She and the boys had a blast with crazy Nerf gun battles and epic hide-and-go-seek. 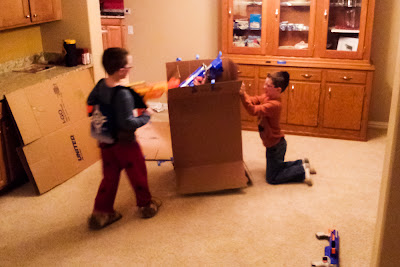 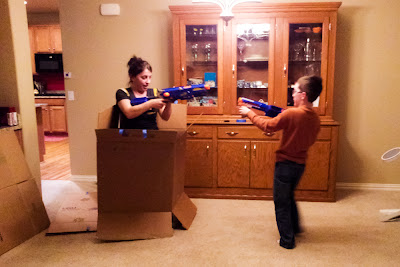 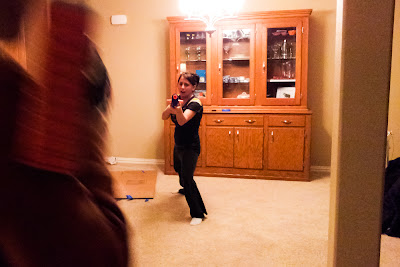 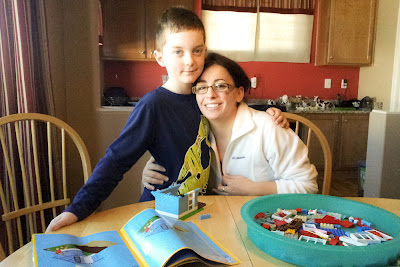 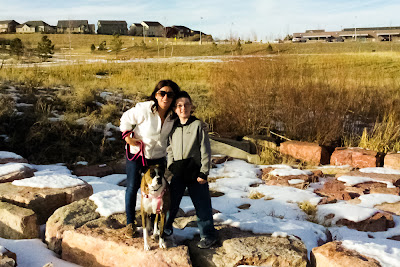 Katie and I went to see The Hobbit and even tried out a new (to me) Mexican restaurant here in Castle Rock that was great. She tried guacamole for the first time ever and loved it! :)

Byron and the boys went skiing at Copper Mountain early in the month. They had a great time. I was a little worried because Jack had sworn off skiing ever again after breaking his collarbone last year on their last ski trip. But after moving out here and hearing his friends talk about how much skiing they do, he must have changed his mind. He did just fine getting back up on skis again. 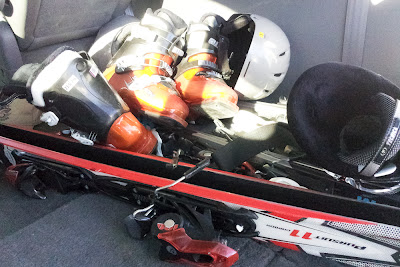 The boys continued swimming lessons in January. They are really improving their swim strokes. I love seeing their progress. And of course, they love being able to swim in the water park after lessons twice a week. 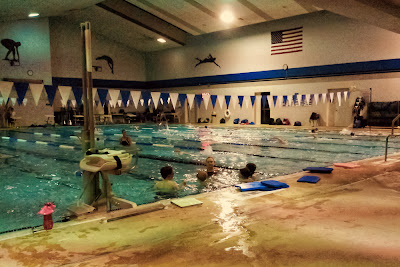 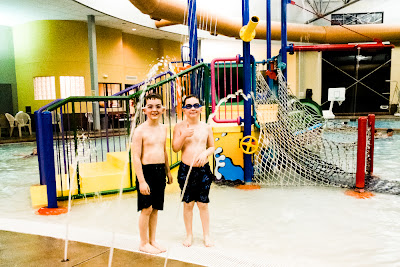 We spent a Saturday in January going to the Downtown Aquarium in Denver. It was a fun day with lots to see. 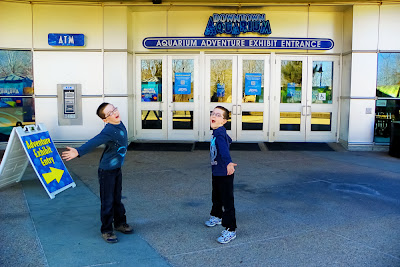 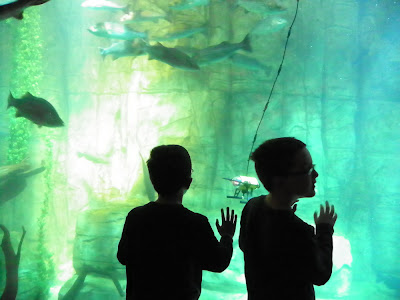 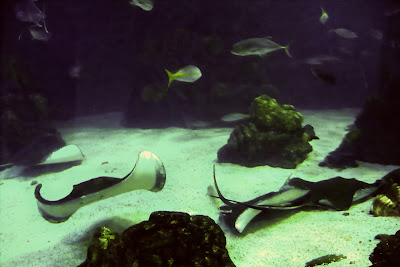 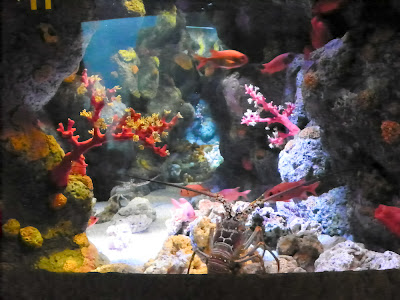 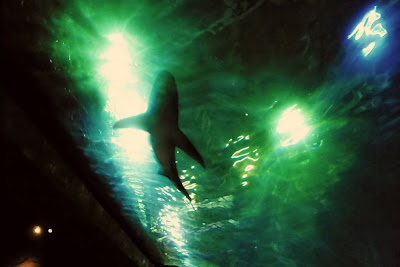 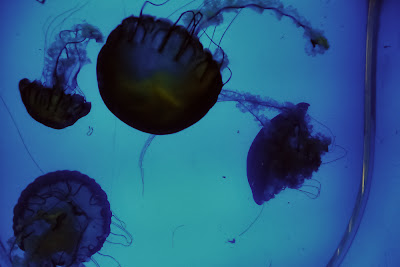 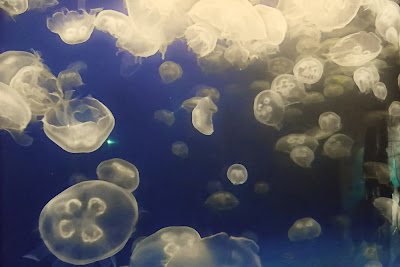 We tried to go on a hike to Devil's Head mountain, but we didn't realize the road up there would be closed until April. So we made it part of the way up and then stopped to hike around the low mountains instead. It was still a beautiful hike. 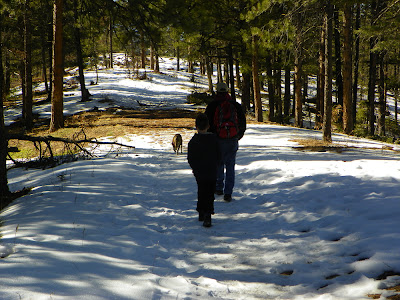 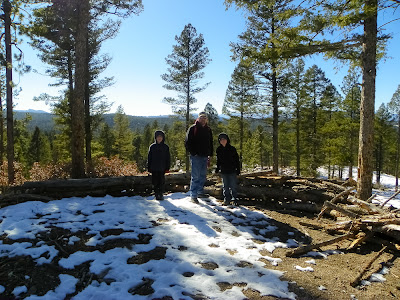 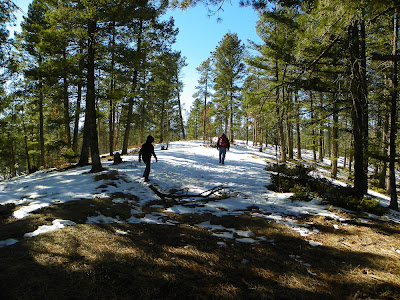 The boys have loved having their Kindles since Christmas. Definitely the best Christmas present ever. Dad has helped them download a few apps he plays on his phone and now they all play together. 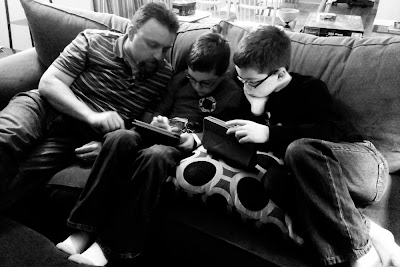 Daisy and I have been walking down to get the boys from school most days when the weather is good. It's funny to watch her sit patiently waiting for the boys to come over the hill into the park where we wait for them. She doesn't move a muscle when all the other kids come past us, and then she sees them and goes crazy. She must be able to smell them or hear that it's them. Somehow she knows. 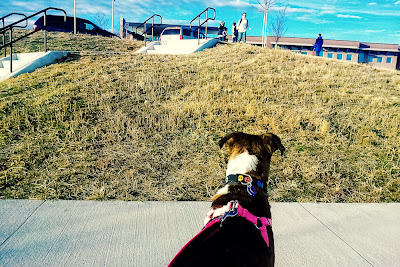 At the end of the month, we got a bit more snow. We hadn't had any since Christmas. It started snowing a little bit one night as we were going into the rec center for swim lessons. By the time we came out, it was full-on crazy snowing. As in, I-could-hardly-see-to-drive-us-home snowing. It was crazy. And kinda scary. (And being a mom means you can't panic your kids by freaking out in front of them.) But we made it home just fine in my lovely, trusty minivan.

The next morning, everything was peaceful and white, with the moon still out over the west. 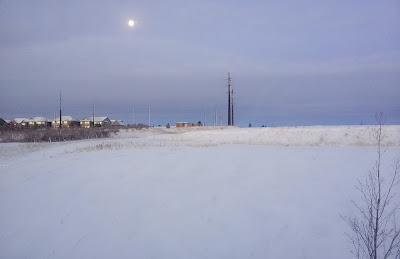